"The A330 has a larger capacity, it has greater fuel efficiency and longer range than what we operate today and this is going to enable us to carry more people, at lower cost to and from more distant places," said Mark Dunkerley, Hawaiian Airlines President and CEO during the ceremony.

More than 200 Hawaiian Airlines employees made the 7,700 mile trip to Toulouse, France where Dunkerley officially signed for the first of as many as 27 planes. It was a proud moment since some in the aviation industry thought this deal was out of the company's league.

"Behind us you can see that aircraft and in a matter of a month or so we intend to prove this company and its employees are up to any challenge in this industry," said Dunkerley standing in front of the plane.

The exact purchase price of each plane is a secret, but the company is investing billions of dollars.

"I can tell you that in total we're looking to spend over $5 billion in capital investment in what is frankly tourist infrastructure in Hawaii. That's the largest single private investment in the state's history," said Dunkerley by phone after the ceremony.

Just because the company is spending all that money, does not mean ticket prices will go up. The company says the cost to operate the new planes is less than the current Boeing 767s. The new jets carry 35 extra passengers, are more fuel efficient and have more entertainment options, like TV's in each seat back.

"Ticket prices should not go up even though these are brand new airplanes with more capability," said Peter Forman, Aviation Expert. "A lot of good things could come of this. With these new airplanes this would allow them to bring in flights from Asia and turn Honolulu into a hub that would bring a lot of benefits to Hawaii's economy"

And in seven years they'll be getting the brand new A350's that are capable of flying 8,300 miles non-stop which could reach Europe.

"You'll never say never in this business, it's a ways away before we can start thinking about flying nonstop to Europe, but I can tell you by the atmosphere in tonight's event there were at least 250 people that want to see us do that sooner rather than later," said Dunkerley.

"2017 sounds like a long way away but it really is just around the corner and we're already making plans for those (A350's)," said Dunkerley.

The first new A330 Airbus will arrive in Hawaii on Monday and should start flying passengers between Honolulu and Los Angeles by early June.

Turkish Airlines confirms that one of the two A330-200Fs it ordered last November will be the Airbus development aircraft that undertook the bulk of the type's 200h flight-test programme.

Chief executive Temel Kotil says Turkish expects to receive its two A330-200Fs in September and October, and reveals that "one of them is the testing aircraft", which made it "cheaper".

The aircraft is MSN1004, which first flew last November as a Pratt & Whitney PW4000-powered aircraft, but is being re-engined with Rolls-Royce Trent 700s for Turkish as part of its rework before delivery. 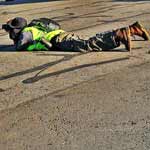 Responder
Volver a “Aviación Civil”
23Ago