"This milestone is a credit to every employee who had a hand in building 767s over the past 30 years," said Kim Pastega, vice president and general manager of the 767 program, Boeing Commercial Airplanes. "It is a testament to engineering a high-quality product that continues to improve through the years."

Final assembly is the last step of the production process before the airplane rolls out of the factory on its way to the paint hangar and the Everett Delivery Center for ground and flight tests. The 1,000th airplane – a 767-300ER (extended range) passenger model for ANA (All Nippon Airways) – is the last 767 to complete final assembly in its current home. Beginning with line number 1001 – also a 767-300ER for ANA – all future 767s will complete that step in a new, smaller bay where production is scheduled to increase in 2011.

The 1,000th airplane is scheduled for delivery next month. ANA, a long-time Boeing customer, has taken delivery of 89 767s since placing its first order in 1979.

Boeing will use the 767 as the platform for its NewGen Tanker if it wins the U.S. Air Force KC-X Tanker competition. That contract award currently is scheduled for early this year. 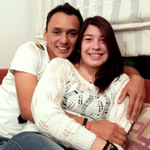